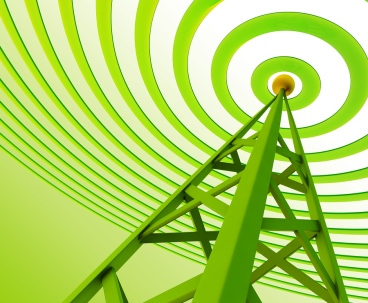 The revenue surge was a global one, with mobile advertising up 92% worldwide, according to the Interactive Advertising Bureau.

Spurred by smartphone proliferation and the expansion of low-cost cellular data plans, dollars spent on mobile ads increased by 122% to $8.1 billion in North America last year, compared to only $3.6 billion in 2012. Regionally, Latin America posted the biggest growth at 215%, while spending in Europe rose 90%, according to the Interactive Advertising Bureau’s (IAB) Global Mobile Advertising Revenue study.

Growth rates are typically high for new media working up from a small base, but an IAB official believes mobile spending will continue on a steady upward trend for some time. “In the early days of the Internet, the business was not built on a strong foundation,” says Joe Laszlo, senior director of the IAB Mobile Marketing Center of Excellence. “Mobile is different. It’s growing with the benefit of all the experience gained from the PC-based Internet.”

Among ad types, mobile display showed the highest growth worldwide at 123%, followed by search at 92%. T-Mobile might be able to take a lot of the credit for such drastic changes in social behavior—not so much for selling more Androids and iPhones as for introducing liberal call and data plans for as low as $30 a month. “As we see cheaper and flat rate data plans emerge, consumers don’t ration their mobile usage,” Laszlo notes.

Search accounted for more than half of mobile ad revenues in Europe (54%) and North America (53%), while display made up about 40% of the rest in those two regions. Ads run through SMS and MMS messaging in those regions accounted for but 6%, declining with the growth of messaging through branded apps. “Search took off as a mobile platform earlier than display,” Laszlo says. “It’s a little easier for somebody like Google or Bing to adapt their model to the mobile world.”

The situation was the reverse, however, in Latin America and the Middle East and Africa, where the mobile phenomenon remains in more nascent stages, and where feature phones are still prominent. In each of these regions, ads placed via SMS and MMS accounted for almost half of mobile revenues and search and display both represented about a quarter.

Shannon McBride, VP of marketing and sales for the mobile ad network UpSnap, says mobile’s dramatic growth is not surprising, but that it will soon begin to level out. “We’ve see some huge increases,” she says. “It’s going to hit a point of mass penetration.”

At the same time, McBride feels that marketers have room to grow into the developing medium. “Agencies and brands have a comfort level with traditional media they don’t yet have with mobile,” she observes. “They know that they need to be on mobile, but they’re not sure what the right strategy is. Once they have some kind of confidence level and track record, they can easily see what’s working well for them and go where the best response rates are.”

Ali Callahan, director of sales solutions at UpSnap, which counts Home Depot and Sears among its clients, sees room for expansion through SMBs. “What’s special about mobile is that it’s not just for national, big box brands,” she says. “We are starting to work with a lot of smaller, local businesses.”