UpSnap / Mobile Advertising / Mobile Ad Spend is Exploding – Are You On Board?

Mobile Ad Spend is Exploding – Are You On Board? 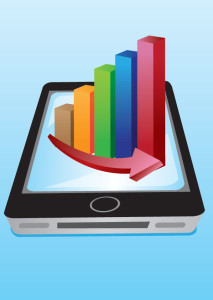 The reports of slowing mobile advertising growth have been greatly exaggerated.  According to a new report released at the Mobile Marketing Association’s SM2 Innovation Summit, advertising has already beaten estimates and is likely to continue to outpace expectations.

On the conference’s first day, MMA released a report, “How Big is the Mobile Marketing Opportunity,” which forecasts that mobile ad spend could reach as much as $220 billion globally and $70 billion in the United States alone, excluding mobile search. The projected figure – four to seven times above current levels – indicates that the amount brands should spend on mobile has been grossly underestimated and that the industry is likely to be larger than predicted…

In January, despite predictions that the growth rate for mobile ad spending worldwide will slow over the next few years, research firm Gartner said it still expected the global mobile ad market to reach $18 billion in 2014, up from $13.1 billion last year, and $41.9 billion by 2017.

That projected ad spend in 2017 is backed up by a separate report indicating ad spend will reach $42 billion.

The takeaway from this is straightforward.  Consumers are adopting mobile devices at skyrocketing rates, and as this happens, eventually advertisers will need to catch up.